The online column “Piazza Navona” interviews Anni Leppälä, the Finnish photographer and one of the most quoted contemporary artist in her field who, through her images, captures the loneliness , the essence and the shades of the human soul.

In the virtual square of the online column “Piazza Navona” we have as a guest Anni Leppälä, the young Finnish photographer (born in 1981) who exclusively portrays female subjects in a perfect balance between light and shadow, lines and image, detail and environment.

Anni Leppälä‘s production becomes a wide gallery of female portraits told mostly by detail and suggestion. In this way she creates with the viewer an intimate relationship of confidence, presence / absence, trust as well as a dialogue made of pure looks and silences. Her images are captured and frozen moments telling about the variety of time and the sense of loneliness that belong toall of us. 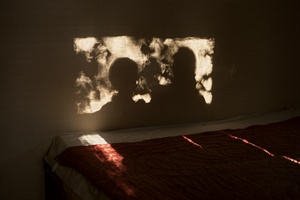 I started to photograph due to a brief photography course which I attended at high school in my hometown Kuopio. It felt like an easy access to a visual world and language. At first I was drawn to the melancholy and proof-like characteristic of photographs, and their relation to momentariness. More recently I have been interested in the transformation of materiality through photographs, and how images can alter their subjects in that process. I am also intrigued by the “invisible” aspect within photographs – what can be recognised and found through the visible surface. 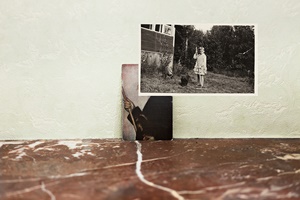 I studied in Turku Arts Academy for my BA-studies and continued to University of Art and Design in Helsinki (now called Aalto University) for the MA-studies. I think it takes time and the decision how to continue has to be made over and over again. But once the interest deepens and you start making your own work, it´s such a vast and fascinating field. 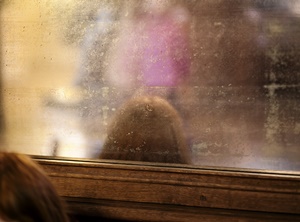 Hmm, I don´t really recall “a first photograph” but it started really as a hobby when I was young, I was just photographing my friends and my familiar surroundings. So it was not very conscious to start with, but when I begun my studies it became more focused.

My way of working is an ongoing process where I am adding new images and connecting them with the already existing works. So I am not working with series in a thematic or chronological way, but it´s more like a layered entity of images which can be continued to various directions.

I work quite intuitively, and I am collecting hints and fragments for my images all the time. When something seems to open up a new connection, a viewpoint or a thought, that´s when I know that I am approaching something interesting. 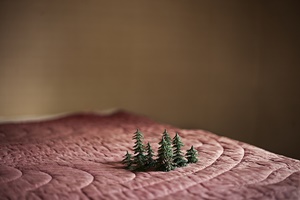 Editing is really an essential part of my working process, it requires quite a lot of time. I return to my archives and sometimes it can take years until I find or rediscover an image, when I see the connection. The entities of pictures I am working with are constantly in a state of change and alteration, meaning that they are not fixed to a certain way of presenting; I am adding new pieces in and sometimes leaving others out. 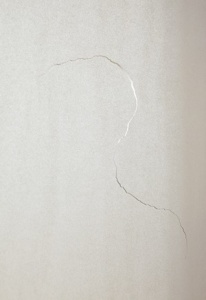 I find it fascinating how photographs use the visible world as their material. This way photography allows an interesting viewpoint to questions about reality and fiction. It also enables those “fixed points” of the visible for the imaginary to come through. The proof-like quality of photographs (when they are quoting to a certain place or a certain moment in time) is mixed with undefined and ambivalent attributes and details. I am interested in those “invisible” aspects within photographs. What can be found and recognized within the material visible surface, what is unseen, but yet existing. 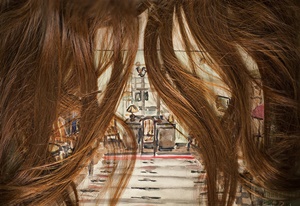 Yes, I think painting is overall very essential… But I do get influenced from various fields and sources; literature, visual arts, cinema, nature. Recently I have been thinking of Cézanne´s paintings quite much and also Swedish artist Karin Mamma Andersson´s works are wonderful. I often return to atmospheres present in Ingmar Bergman´s films. The Finnish artist Ulla Jokisalo´s photography based works and also Francesca Woodman´s photographs were influential to me while I was studying. 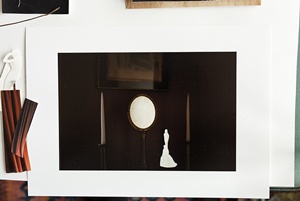 The figure of a girl or a woman seems to be the most familiar to me. The figure is not a certain or specific person, but more like a character who sometimes can appear in different scales as a paper figure or something between a person and an image. So far I have mostly photographed people I know really well, such as close friends or relatives. I think it affects the setting and atmosphere of the image, and there is usually more time and and freedom to work with familiar people. My little sister has been the model for my images for quite a long time, but I still feel she is an “character” more than a specific person. I think this character can also be present in small and subtle references, for example red colour or curtain, lock of hair or something similar. 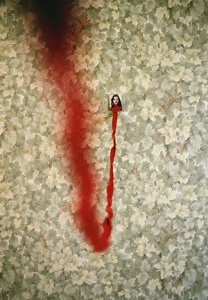 I hope my works would remain open-ended to the viewer – so that they could convey the viewer´s own experiences and memories too. Even a little detail, an atmosphere, light or a colour can evoke something unspoken or oddly true. My aim is not to create clear ‘narratives’, as this would reflect the idea of linear storytelling too closely. However linking together different intermediate connections is important. Maybe the term ‘associating’ would explain these links more precisely. 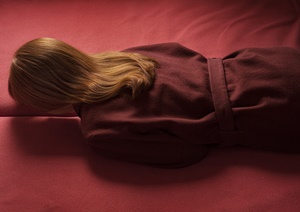 I try to approach a precise moment or atmosphere through my works, even thought it´s hard to describe what actually creates that preciseness.. it is perhaps like an attuned “balance” between the different details and images. 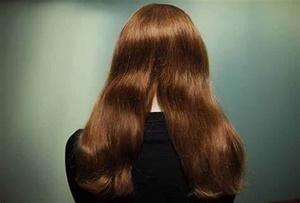 I think more lately I have been interested in different materials which appear in the images, such as wood material and through that (which means not only wood as material, but also matter as opposite to form, something that flows freely between different forms and objects).

I hope I can continue to explore with these things…

Martha High, the voice of the Soul 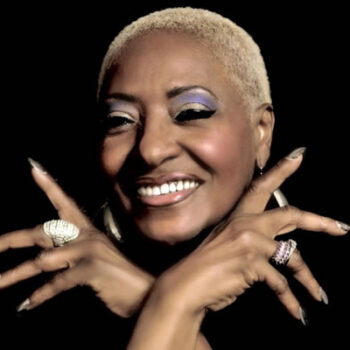 Chloé Bird, the Spanish songwriter who sings the darkest corners of the human soul 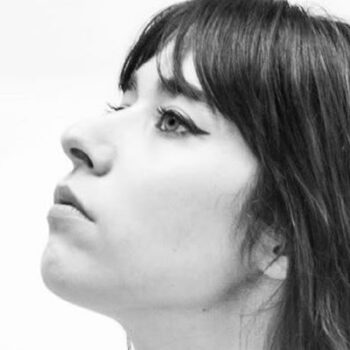