Her childhood, her adolescence and so whole her own life are influenced by the name of Anna Magnani. Chiara knows Magnani’s name before to know her face and she cannot forget her.

Soon Chiara changes her idea to become an Archaeologist specialized in Egyptology: she wants to become a Cinema historian.

Her passion for Anna Magnani, at the age of 15 years old, helps her to meet people who has the honour, the pleasure and the fortune to know the Italian actress. So Chiara meets: Patrizia Carrano, the famous assistent director Rinaldo Ricci (and they are lied by a real friendship), Silvana Pini, Franco D’Alessandro, Vieri Niccoli, Marcello Gatti, Massimo Ranieri, Pietro Pintus, Iolena Baldini, Lietta Tornabuoni, AnnaMaria Guarnieri, Osvaldo Ruggieri, Ugo Pirro, Chris Vermorcken…

But Chiara wants to know much more. So begins her real 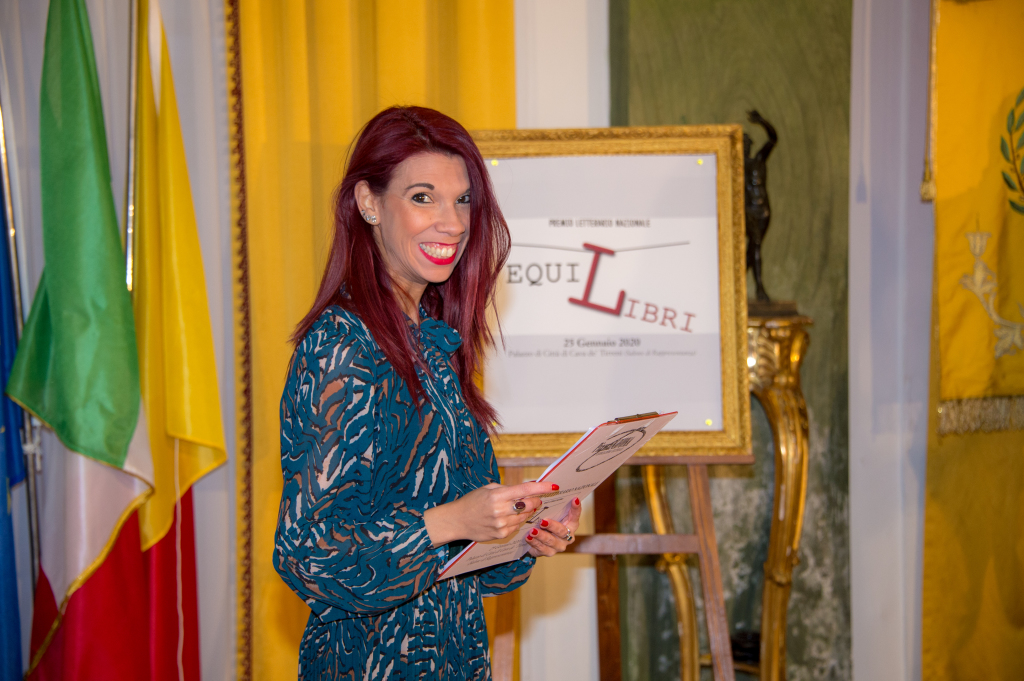 research work by tracing and recovering papers, newspapers, journals, magazines, photos from 30’s to our days. And today it is her precious treasure.

She attends the high school studying languages with a disappointing final exam but Chiara is not discouraged. She is determined to go to the Univeristy and, in the meantime, she begins to collaborate with Franco D’Alessandro, an Italian – American playwright.
In 2003 Chiara knows that in Rome it is possible to attend the DAMS (Discipline of Arts, Music and Show) and she begins to study.
In July 2008 there is her graduation and her thesis is totally dedicated to Anna Magnani, titled “The Theatre before the Camera. Theatre’s elements in the Anna Magnani’s Cinema”. It is a personal and affectionate tribute by a girl to this great woman and actress of the Twentieth Century.

But all of this seems to be not enough. Chiara wants to do much more. In 2009, thanks to a chance encounter Chiara meets the publisher Edizioni Sabinae who accepts with enthusiasm the idea to edit a new book dedicated to the “mother of Neorealism”. So on July 2009 the Thesis becomes a book titled “Anna Magnani. Vissi d’Arte Vissi d’Amore”. This book is introduced for the first time in the beautiful Piazza Vittorio Veneto in San Felice Circeo, the place that Anna Magnani loved so much and where she rests.

On October 2009 the book wins the second prize in the section “non-fiction” at the VIII Edition of “International Prize Giuseppe Sciacca”.
This book was born as a true demonstration of affection for this woman and Chiara’s purpose is to do all she can to bring near the pubblic and – above all – the new generations to this great international cinematographic figure (and not only).

2014 is the year of her third book. In fact, after meeting Alberto Lionello on tv – in the summer 2012 – Chiara begins to research about this actor bringing her till Genova. So, after two years of researches and interviews, in May 2014 the AG Book Publishing edits the book “Signore & Signori… Alberto Lionello”. But 2014 is the twenty-year from the death of this actor, too. So Chiara suggests to her Publisher to prepare an exposition totally and exclusively dedicate to Alberto Lionello. This project is realized and on 3th July 2014 Chiara Ricci and the AG Book Publishing open – care of the Casa dei Teatri in Rome, in Villa Pamphilj – this exhibit called just like the book “Signore & Signori… Alberto Lionello”.

She carries on her researches and dedicates big part of her own life to the Cinema history (Italian and American) from the silent movies to 60’s, and to the history of Italian Theatre.

She has translated for her own pleasure and for her curiosity biographies of Hollywood divas and she hopes that one day they could be published (Gloria Swanson, Barbara Stanwyck, Lana Turner…). Chiara is going on working at her plans, her ideas because she wants to carry the Seventh Art (that is the Cinema) and the (un)real world of the Theatre to young people. For this reason Chiara gives lessons about those Arts in Italy and abroad. Her object is to tell and to make know stories, persons, characters of a Cinema and a Theatre which do not exist anymore and the memory about them often is lacking.